I was really moved by your fish paintings! I like how, over time, the fish paintings have become more abstract. Not necessarily the painting techniques, but the ideas they represent. The earlier ones have a serene, peaceful feeling and the more recent ones seem more dreamlike with a subconscious quality that I find very interesting. The fish in trees paintings made me smile, just as if I had dreamed of fish in trees and had awakened with a smile at the thought of dreaming of such a thing.

People often ask me if it’s difficult for me to let go of my paintings when they sell. I tell them it’s harder when they stay around the house and don’t sell! My paintings are like my fingerprints that I am leaving on the world. They may be around for a long time after I am gone. That’s a pretty cool thought!

After my grandfather died, my aunt gave me some of his books, one of his paintings and a box of his paintbrushes. They went missing several years ago (other than the painting). The other day, I went into the local budget shop, and pulled a book of landscape painting off the shelf. Opening the front cover, I saw the name Alfred A. Young inscribed. My first thought was “how odd that somebody has the same name as my grandfather.” Then I realized, this is one of his books that had been missing.

It has taken me a couple of days to get over the hurt of not having those books returned to me. Now I choose to treasure the book as a reminder of my grandfather, and am happy for his fingerprint in the form of the book and the return of one thing that had been his.

I feel so relaxed when I paint! It’s almost like the act of painting gives my mind just enough structure to organize my thoughts into a manageable stream. It’s meditative. Each thought comes in its own time and lingers there in my consciousness as long as it needs to before it swims off in brush strokes, making room for the next one. Choosing and mixing colors, selecting brushes and applying paint are the perfect amount of distraction. This is why it seems the busier I am in my life, the more I paint. I need to.

I don’t labor over paintings. I breathe in and out. I ponder things, places and people. While my brain is doing this, my hand paints. 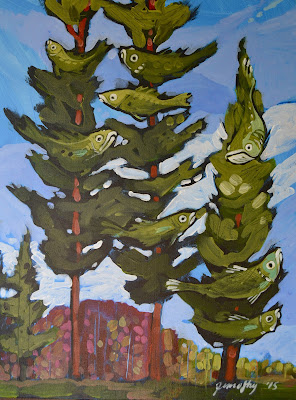 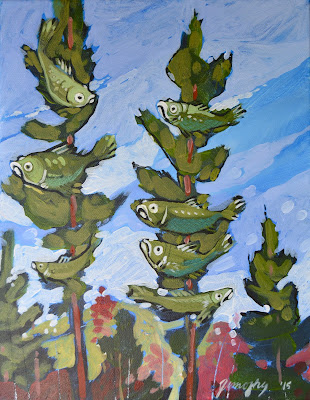 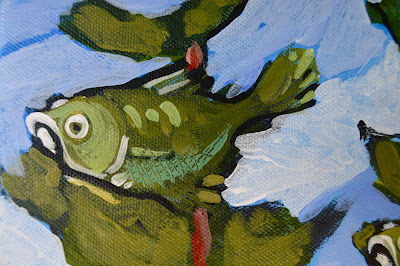 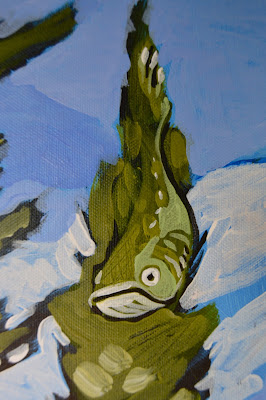 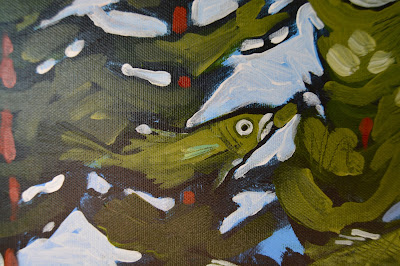 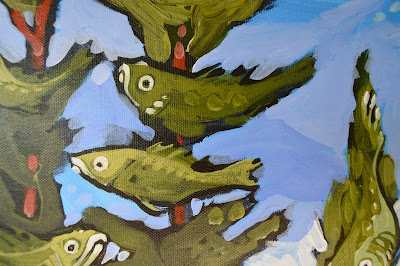 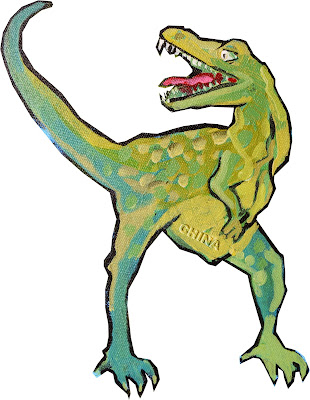 Somewhere I read about the term “disambiguation” as relating to a species moving in to replace another species that had left the environment (extinction). Did I imagine this? Regardless, I like the word. Earlier, I had done an abstract painting that reminded me of a t-rex skeleton giving way to a flying bird, and I called it “Disambiguation”. Other abstracts from that time with a similar color scheme became part of my disambiguation series. Painting colorful fish into that painting made the abstract less ambiguous.

The other day, I played dinosaurs with my grandson, and then did a painting of dinosaurs in the trees, the way I’ve been painting fish into the branches of trees for years. So these themes evolve, too.

Liam brought me a plastic dinosaur and asked what kind it was. I looked on the underside of it to see if there was a name, but the only word there was CHINA. “Oh,” I said, “this is a Chinasaur.” 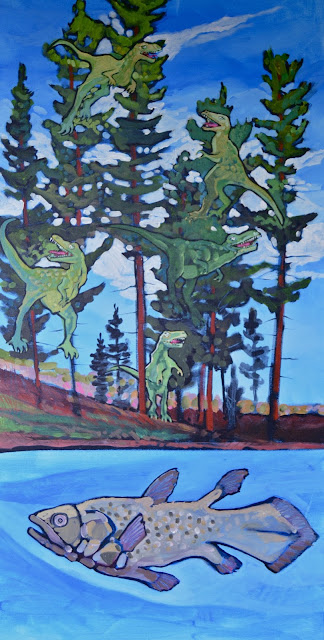 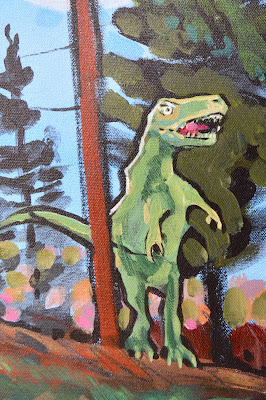 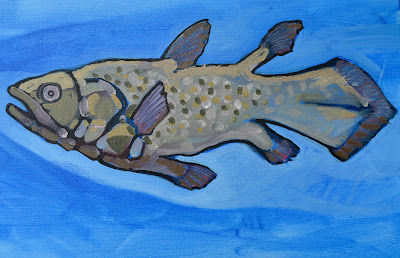 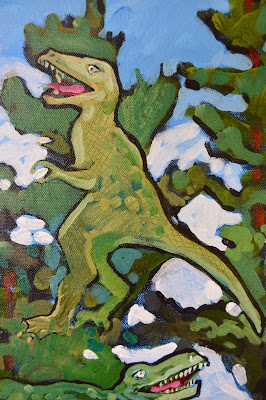 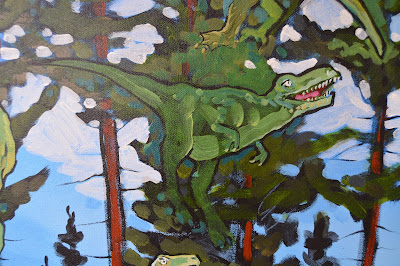 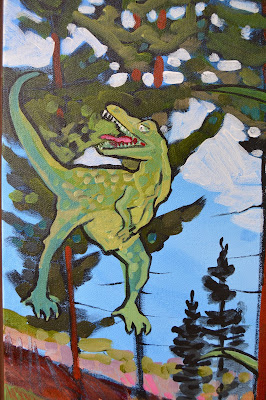 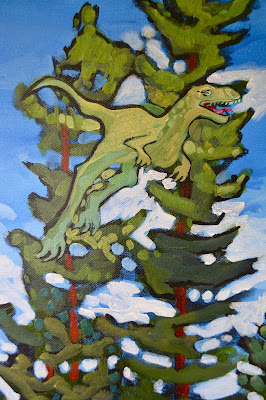 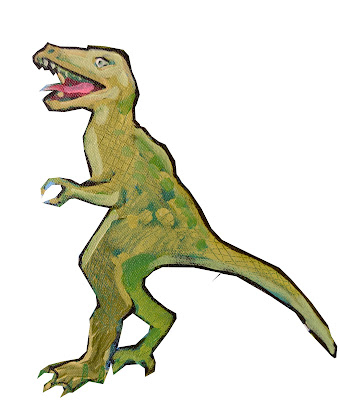 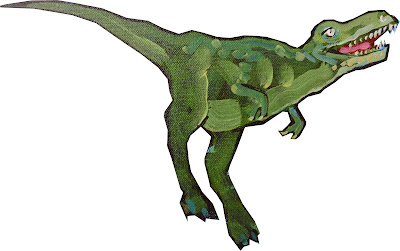 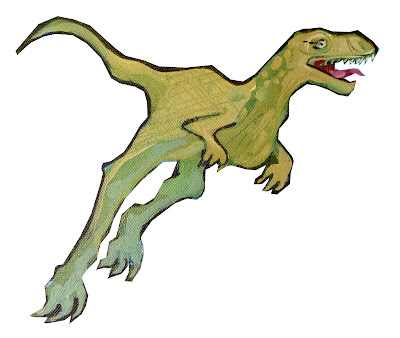