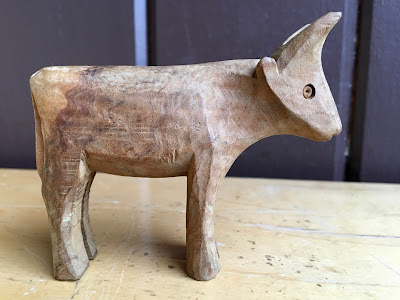 When I was a kid, maybe 12 years old, my dad took a trip to the Holy Land with his father and his brother.

I asked him to bring me a wood carving of a cow. I think I mentioned it several times, the way I do.

But dad accepted the assignment, and later told me how he searched the markets. 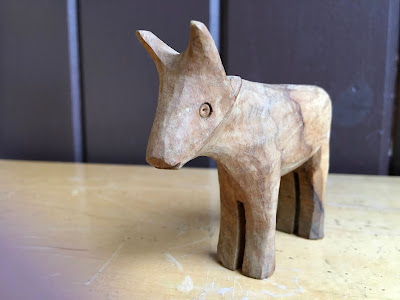 So I know my dad thought of me on that trip, and that is the important part.

I still have the cow, carved out of olive wood, but my dad’s search for it is what makes it special.

I remember, and it doesn’t seem like all that long ago, sitting in my friend’s bedroom with other high school friends. We talked about having a reunion someday in the States and bringing all our kids. Billy asked Rhoda how long she thought it would be, since none of us had kids, or even a romantic relationship.

The whole idea seemed so far away. I was still in high school and I was the oldest one in that group.

There is no way we could have predicted the path our lives would take. What seemed like a lot of twists and turns along the way, now seem so obviously the straight and only road our lives could have taken.

It’s a mercy we can’t go back and change the uncomfortable things, because then we would be someone other than who we are now. We would have missed important lessons that, while painful at the time, were necessary to get us here.

It has never been convenient for me to attend the reunions that have been held over the 4th of July, and I have nothing to prove. No one to impress. Even though I have the most wonderful kids.

The highway of my life has certainly been interesting, and I share it with whoever wants to know about it.

If I can inspire someone else in some way… to find and express their creative voice… to adopt a teen… to become a nurse… to write… then those detours and disappointments… those losses are well worth it.

When I was in high school, I didn’t think there was anything interesting about my life.

I was the artistic one, but so what. I drew funny pictures of my friends, and we all laughed. Karen kept the pictures that I didn’t value, and my high school friends still look at them and laugh.

This is what I want to do as an adult artist! I want to create images that people will keep looking at, and keep being entertained by. I had never recognized the success I had as a child and teenager. All I did was illustrate the life we had as expatriate children on a palm lined west African beach. I literally drew the events of our days as accurately as I could on notebook paper, with a ball point pen.

Everyone advises writers to write what they know. My life was interesting, and it still is. 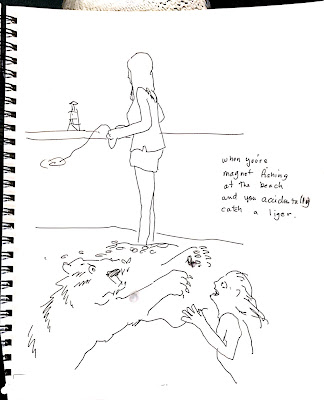 I’ve fallen into the habit of drawing again, the way I used to. I draw my kids, or local wildlife (and ligers) often with a humorous twist.

You might think that our creative impulses are just little slivers of ourselves. A little detail that gets shrugged off and just kind of sits there, separate from the artist.

I think they are more like portals. The action pulls something out of our stream of consciousness, but it is not alone. A lot more tends to come out with that gesture.

I don’t always recognize the theme at first glance, but it is there, like the tip of the iceberg. The closer I look at it, the more I begin to see.

I am not talking just about masterpieces. It applies to quick sketches, too. Especially the quick sketches, in fact. The ones that had no time to be contrived. The unintentional line that results in a shape I could not achieve by force.

I hold the moving pen, but I don’t manipulate the line. It swims out in its final form.

Lately I’ve been doing a lot of quick drawings. Ten to fifteen second drawings. They’re fun to make, and often fun to look at.

I follow the path that leads me to my next big thing, and it can lead to something bigger than me. 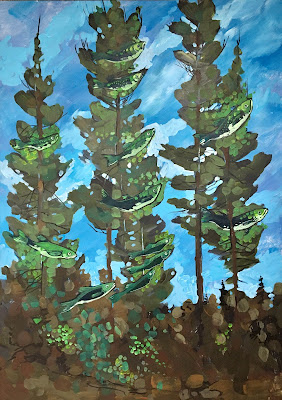 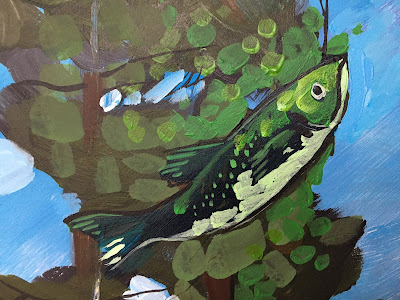 I planted pine trees about 24 years ago, and then put up a wooden fence. The trees grew, and I put in a bonfire pit. The trees kept growing, and began to shade out the grass. They’ve been dropping pine cones into the yard, and the squirrels have been dispersing the leftover material.

My dream for my yard is to have my own private forest, complete with forest floor, right here in town. The kind of ground that recalls camping trips.

When I was a very little kid, we went camping somewhere (probably near Detroit), and I found myself alone on a path. I wasn’t afraid of being lost, because I could follow the path. What I was afraid of was dinosaurs. As I got a little older, I realized I didn’t need to be afraid of dinosaurs, and that’s about the time I started to worry about wolverines.

Yesterday, one of the kids wanted to rake. I had to convince him that I don’t want my forest floor raked up. What? Put it in a pile? Then what? Get rid of all that organic material that will become soil?

I don’t have many deciduous trees, so I don’t get many leaves. If I did, I would want them to stay right there on the ground.

He had a valid question. 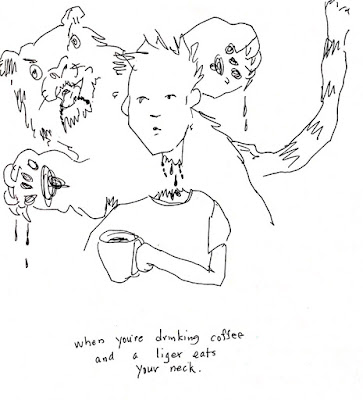 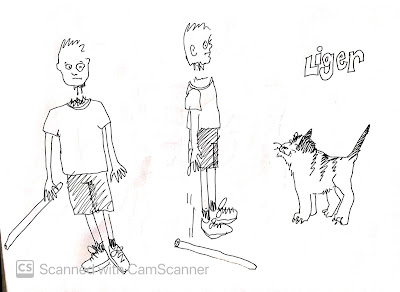 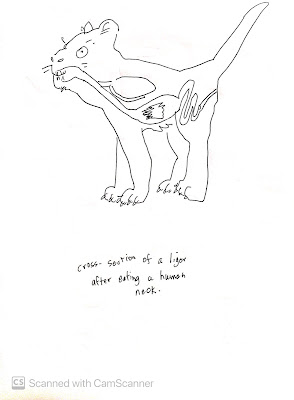 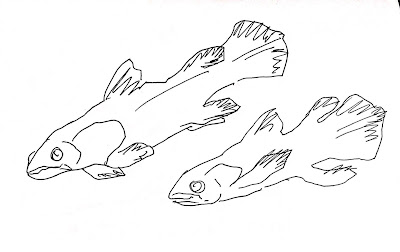 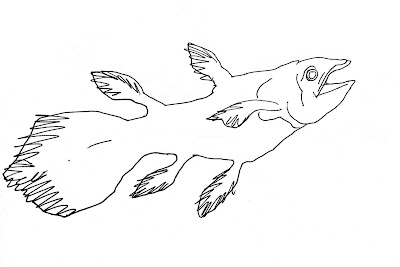 Those years that Flash was alone in his spaceship, I was lonely, too.

The teenagers that were part of the first Flash Meridian episodes grew up and moved away, and Flash was alone to introspect on his journey.

Even my daughter, who was three when the adventures began, grew up and left.

The pictures changed, and then all but disappeared. I thought the writing was getting better, but I missed the magic of companionship… of collaboration, and of multimedia.

Like the whales that had ceased to fly, the story of Flash Meridian had grown sluggish and laborious to write. More and more time passed between episodes. When I published the book, I thought maybe that was it. Maybe the story was just over.

Flash and I were looking for a home, not realizing that we were already there.

I did not want to be an empty nester. The greatest joy of my life was raising my kids, and so, in my late fifties, I decided to try to adopt again.

Now the kids are teenagers, and they want to be part of the saga of Flash Meridian. 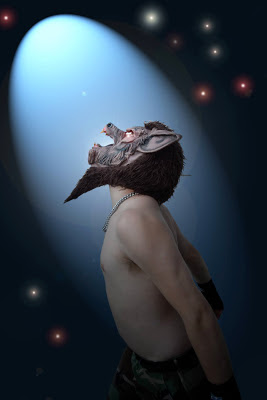 They are developing their own costumes, and posing for photos so that I can send them into space.

Before I started writing the story, I had bought a vintage flight suit on eBay, and started taking pictures with it. I called myself “Rocket Boy” but they were just pictures with nowhere to go. 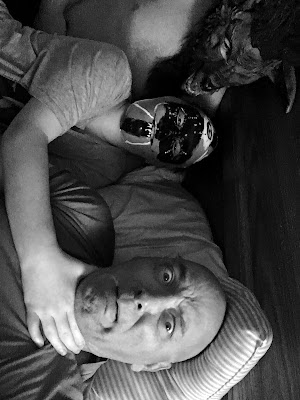 Last week, the kids woke me up by sneaking into my bedroom and attacking me early one morning, wearing masks. I took pictures of them, and those masks became the start of their Flash Meridian costumes and characters. I love it when creative details grow into something bigger and sort of take on a life of their own.

I’ve gone back to way I created the images twenty years ago, and now these pictures and their experiences help to inspire the story.

I think a mindful life can be the ultimate sit com, the wackiest sci fi story, and even a real life romantic comedy.

…and speaking of returning to the way I used to do things, I’ve been drawing a lot on paper with a pen. Quick doodles, like I used to do in Junior High and High School.

With no expectation, I just grip the moving pen and see what comes out. 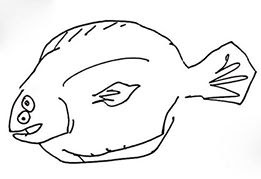 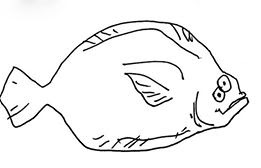 What am I doing for self care?

I know there are times when I need to put my own oxygen mask on before assisting others. I usually run a hot bath and just relax for an hour.

This evening, my son went to the gym by himself because he needed to do that… alone.

Self care doesn’t always mean relaxing in the tub or on the couch. I also practice self care by completing projects. Even taking on projects that require skills I do not yet possess.

Kids are demanding, messy, and loud at times, but they are not an interruption to my life. They are my purpose.

They are my self care.