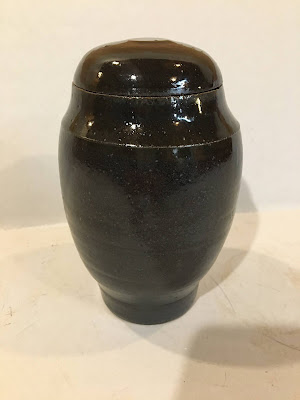 When I’m making pottery, my various story lines run through my head. They weave together in my arm and come out my fingertips in ways I couldn’t have planned or forced. I imagine it’s a bit like the way a riverbank brings its fingers close around an object that was once alive, and without trying, or even realizing it’s done it, preserves bits of it for us to look at millions of years later. The bone that transforms into stone.

I didn’t try, or even realize that I was making urns, and I had never made one, even accidentally, until my mother could fit inside one… or at least what remained of her physically.

When she went away, I followed her roots to New England and began to learn about where she and my dad… where I… came from. And because I was making pottery, I was curious about what the pottery looked like that my ancestors might have used.

I have not copied it, but it is one of the threads that winds it’s way down my arm and out my finger, into the earth. The earth that turns before me and then transforms into ceramic.

I floundered when my daughter moved away.

I inscribed flounders in my clay pieces.

These threads and more form a tapestry of hidden messages in my art, in my words and in my life. I’m sure you can hear them in my heartbeat if you know how to listen, taste them in my tears. 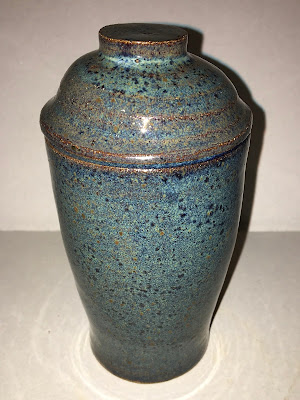